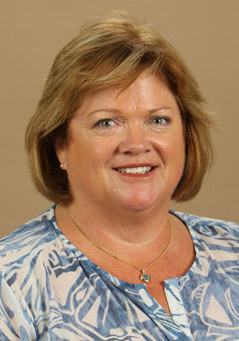 Born in Tampa, Florida, Laida is a fourth generation native Floridian and the third of six children who grew up here in Fort Myers. Her family name originates from Spain. Having studied at the University of Madrid, Laida is bilingual. Laida is also the proud mother of two sons, Paul and Greg, who she adopted in 2006.Laida’s nursing education began at Edison Community College and was completed at Florida Gulf Coast University where she received both her bachelor and master degree of nursing. Laida was then nationally certified as an advanced registered nurse practitioner.As a registered nurse, her experience in the Open Heart Intensive Care Unit allowed her to develop a working relationship with the Pulmonary / Critical Care Team of Physicians. In 2004 she joined them in practice and has been with them ever since.

She became a Nurse Practitioner before it was a commonly known and utilized position. She has helped patients understand and appreciate how this collaborative relationship between the physician and herself can result in the highest quality and accessibility to care.

This form is for potential new patients only. If you are an existing patient, please use the patient portal. Please don't share any medical information on this form. We will contact you to gather more information. Thank you.

Note: This form is for general inquiries only and is not meant for use by existing patients. If you are a current or previous patient and you need to contact us please call 239-985-1925 between 8 am and 5 pm, Monday through Friday. If you have a medical emergency, please call 911.